You are here: Home / Farmers for Cindy 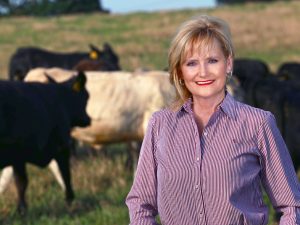 During my first months as your U.S. Senator, traveling around the state has been a truly humbling experience. And from what Mississippians are telling me, they are sick and tired of politics in Washington.

Many politicians have stopped caring about what’s going on back at home. They’ve forgotten about what it means to be an American, and they’ve stopped fighting for our conservative values.

As cattle farmers, Mike and I know what it’s like to work long days and late hours. We know how to do the job right and not cut corners. Farmers know getting the job done means no quitting, and that’s what Mississippi needs in the United States Senate.

Our nation was founded by farmers. Our independence was won by farmers. Farmers know what’s it’s like to turn the ground over and allow for new things to take root—that’s what Mississippians want, and that’s what I am going to give them.